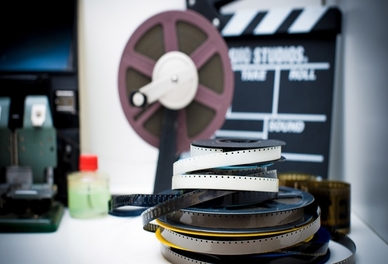 Contrary to popular belief, the work of an editor doesn’t begin when the film is already shot, the scenery is dismantled, and all the actors have started working on other projects. Even before the start of active production, the editor and the director study the final version of the script, delving into the general concept of the future film. Comedies are not edited in the same way as horror films, and dramas are different from action movies. An editor often observes the filming process itself, deciding how it will be best to edit a particular scene. And the best film editing process itself often starts during the filming process.

In the technical part of a film, the apogee of all processes is, of course, editing, which can tell a lot about the professionalism of the editor. Short deadlines, the human factor, communication, the level of contracting organizations, professionalism, competence, planning, unforeseen circumstances – all this together affects the achievement of the goals.

It complements the story

Movies are made from the creative efforts and the selection of frames reflecting its significance from the entire video material. They are not perfect, sometimes they seem incomplete and shrouded in mystery, and sometimes they are too detailed. But when editors select the right keys for them and put together perfect picture edits and plot elements, they get to know human nature better and become better storytellers.

It adds emotions and strengthens them in certain moments

Properly selected special effects and sound solutions always convey the emotions of the hero, keep in suspense and make the viewer cry or laugh. This can’t be achieved without proper editing. It is capable of performing real miracles, not only by saving poorly filmed material but also by connecting objects and people, films with great editing gives rise to new associations and conclusions.

Good editing, as a rule, is thought out already at the stage of pre-production. The editor immediately determines the rhythm of the film and knows where the cut will be. It is such planning and the integrity of the visual language that is especially appreciated at the Oscar. Thoughtful editing is a complete visual storytelling tool.

It helps viewers perceive some actions on a screen

Modern cinema, operating with visual images, has a powerful effect on a person and rightfully occupies one of the first places in the range of arts. It is known that editing is the main and only means that brings cinema to such an impact. The film should be edited as dictated by its idea, theme, and content. It should help the viewer see the picture and perceive the action from the screen.

The task of simple, logical and consistent editing is to illustrate the story and show everything that happened in life so that viewers feel integration with what they see on the screen. And with the help of the best movie editor, it is possible to give a film a completely new meaning, which it didn’t have before.

By 2020, thousands of movies were made. But only some of them can be called the best-edited films.

The film is considered the most expensive project in the history of German silent cinema. The costs were associated with the director’s desire to try to achieve the 3D effect. He wanted to immerse the viewer inside the fantasy world he invented. The timing of the film is 153 minutes.

The best editing in films, for which it is worth thanking William Reynolds and Peter Zinner, is here an integral part of the whole story. It allows viewers to make an intimate and deep look inside the world of organized crime. And the classic baptismal scene is universally considered the standard of parallel editing.

No matter how amazing the previous films were, the legendary editing of Thelma Schoonmaker fully deserves its third place. During her collaboration with Martin Scorsese, she received three Oscars for the best movie editing. In Raging Bull, brilliantly brutal scenes in the ring are combined with a tense and passionate confrontation between two brothers.

It is one of the movies with great editing. The film is about the clash of a group of Spartans led by King Leonid with the army of Persian King Xerxes. The scene where the hero recalls the fight with the wolf before the battle is remarkably done thanks to the editing.

Jonathan Amos is known for his love of high-speed editing. The average frame length that is approximately 2-3 seconds with emphasis on expressive close-ups and details has long been his editing feature. There is also a tendency to accelerate the editing pace. It is a good, stylish, dynamic, sometimes hard film that will be interesting both to men and women.

The authors violated all the laws of cinema, creating a new style for their time called surrealism. To do this, they used associative editing. Surprisingly, neither Bunuel nor Dali laid a deep symbolic connotation in their film. They saw their main task as shocking the public and making fun of the pompous bourgeois society of those times.

The storyline is built in such a way that the film looks like a funny comedy until a certain moment, and you can even forget where it started. In 2006, the Chicago Film Critics Association placed May in 61st place among the worst films of all time. However, a critic from TheMovieBoy called May the best editing of 2002.

Stephane is a Frenchman by birth. His delicate taste and charm have done their job: besides being related to several films from the Marvel universe, Ceretti created effects for Silent Hill, Prestige, and Cloud Atlas. Starting work on Guardians of the Galaxy, Stephane suggested that the producers take advantage of the aesthetics of psychedelic music, which was also strongly reflected in Doctor Strange.

It is one of the expressive action films not only because of the abundance of shock content and profanity but also because of the specific visual range: dirty digital image, handheld camera, sometimes a mess in the frame and all this with an average frame length of 1.8 seconds. Crazy story – crazy editing.

Work on the scenery and editing of the film began at rehearsals in Los Angeles. During rehearsals, camera angles and camera movements were built. The rehearsal was filmed and edited, calculating where and how cuts would be hidden later. That is, almost the entire film was almost ready before the arrival of the crew in New York. The editors didn’t say how many cuts there were and where they made them, but, they say, the longest shot lasted 15 minutes.

Editing is a very important part of horror movie production. You need to be a real professional to understand how long or short the frame should be to shock the viewer as much as possible. This editor deserves great respect for making Steven Spielberg’s Jaws so spectacular. The change of plans during the cult scene with the attack of the shark impresses the audience so far.

Of course, it is one of the well-edited films. Among the techniques typical for Tarantino and Sally Menke that are in the film, one can single out the disorienting alternation of shooting with wide-angle optics, the use of zonal lenses, clip-on editing of parts and close-ups at the most stressful moments.

Today when the length of two hours is considered quite large, it is difficult to realize that David Lin’s masterpiece, beloved by the audience and critics, takes three and a half hours. However, there is no doubt that few would have watched this film if not for the brilliant editing by Anne Coates. And this scene with a fading match, smoothly turning into a sunrise, is a perfect example of a visual coincidence editing technique.

It is one of the best-edited films of all time. The creation of the cult film by Francis Ford Coppola was a real disaster, turning for the crew into their own Vietnam. The role of the two-year editing, which turned the 15-hour mess into one of the best military films in history is also quite significant.

The scene of the death of Bonnie and Clyde is one of the most famous and dramatic finals in the history of cinema, which was created with the help of non-standard solutions in the field of directing, camera work, editing, and special effects. Dede wanted to culminate in a shade of grotesque, likening the protagonists to puppets who tumble down under a hail of bullets.

For work on Gravity, a team led by Timothy earned a well-deserved best editing Oscar. Everything required full return: shooting, playing, and post-production, so viewers got a great film, and critics put Alfonso Cuaron’s work on a par with Stanley Kubrick’s masterpiece 2001: A Space Odyssey. Timothy is a man who had a hand in such legendary films as Avatar, The Dark Knight, and The Child of Man.

Five Oscars, three Golden globes, six British Academy awards and a truly countless number of other awards – such a fate was prepared for this film. The final scene is a monologue of the just-killed hero Kevin Spacey and memories of a life that seemed terrible to him. And the flight of a plastic bag is a leitmotif.

Another obsessed with feverish editing is Paul Greengrass. The average length of the frame in his filmography is 2.7 seconds, but the director set his record in the third part of films about Bourne – the Bourne Ultimatum (1.7 seconds). In the most intense action scenes, the speed of editing here reaches up to 1 cut per second.

The film is recognized as one of the best films in the history of world cinema. The perfection of the film lies in the fact that its form and content are very cinematic. The film doesn’t have a traditional plot, and it is organized according to the principle of the chronicle. However, according to Eisenstein, Battleship Potemkin only looks like a chronicle of events but acts like a drama.

William Goldenberg is one of those best film editors who led big cinema fashion for quick video editing in the early ‘90s. In many of his works, the average frame length is 2-3.5 seconds. In Domino, the parameter is equal to 1.7 seconds. This high speed seems quite organic here and helps convey both the dynamics and drama of what is happening.

It is very important to understand that film editing is not a simple mechanical connection of video pieces. It is a complete means of artistic expression. Therefore, every person involved in the movie (at any level) needs to master it perfectly.