FULL CYCLE OF VIDEO COMMERCIAL PRODUCTION AND ITS KEY STAGES 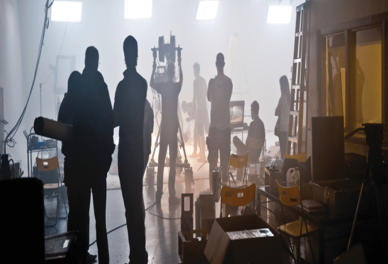 Author of this text has been recently asked to shoot a commercial. Just at a friend’s price. The request ended with something like,“It won’t take long, right? A couple of hours for shooting and an hour for making cuts, eh?”


The author surely refused and began to describe the commercial production scheme. Here is a compression of his one-hour monologue (expletive and junk words safely removed).

You need to understand that the production of commercials is a process which involves many specialists. This process comprises of three important steps: Preproduction – Production – Postproduction.

Preproduction includes the entire preparatory stage. It is important to realize that this phase is probably most crucial in the whole cycle for both the film crew and the customer. Different production companies may have their own “schtiks” at this stage, but basically, preproduction includes:
– the script writing and its development

Production is actually the shooting itself. The most beloved and fun stage. The problems to be solved in a matter of minutes, the joy of the end of a shooting day. Just one item on the to-do list:
– video commercial shooting

Post-production is a summing stage. A film editor must mold separate and, at first glance, unrelated pieces into a whole piece. The integral and, importantly, saleable product.

At the output, we have a long, costly project that surely doesn’t fit into “an hour for making cuts”.