SOMETHING ABOUT VIDEO ADVERTISING (NOT THE WIKI KIND). 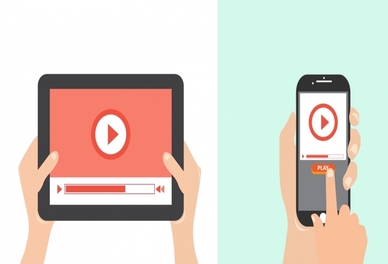 But for a start, however, let’s refer to the omnipotent Wikipedia for the term definition.

“Video advertising is a form of advertising which uses the Internet for creating positive company image, promoting services or goods, and providing information to increase sales.”

Statistics show that more than 60% of people are picture persons, and accordingly, it is the video that has the maximum impact on them. No one wants to read tons of texts when the audio visual equivalent is available. Likewise, and in fact, primarily, it works with advertising as well.

During these 6 seconds, the ad should demonstrate informational value and conciseness, being at the same time creative and accessible. It might seem that the most difficult and crucial stage is over. But then it strikes us that this is only a small part of the commercial chronometry.

In the remaining time you need to engage the audience, integrate the brand into the visuals, and come up with a creative solution which will set your ad apart from any other. The solution that would subconsciously urge the office staff to switch from their small talks to the discussion of a funny ad they have recently seen. So that when they come back home, they will still remember about this ad and want to see it one more time or to show their kids, being able to find it in a couple of clicks.

This kind of task facing the advertising seems to be challenging and difficult to accomplish. One gets the feeling that only luck can bring about such outcome. And it’s true! No one can guarantee that the ad will become viral and spoken about a week later, and that students will make memes from it.

But the chances to succeed in all the above will increase, if you entrust the advertising production to a close-knit team of professionals. In this case, all the customer has to do for the successful ad campaign is just to cross the fingers of his one hand (even no nee to have his toes crossed)