HOW TO MAKE A MUSIC VIDEO WITH MILLIONS OF VIEWS 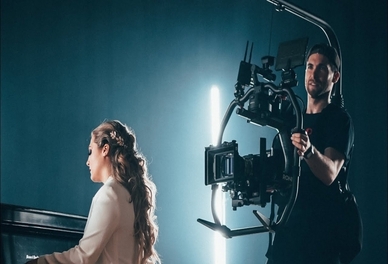 In our age of social networks and video blogs, a high-quality and original video, accompanied by the music of your band, can become a serious tool for promoting it. At the same time, if you do want to make a good impression on the audience, you should approach the filming process responsibly so as not to make people laugh with the next pointless video sequence. There are too many videos like that on the internet already.

Naturally, to shoot a music video, you will need certain investments. If you are a child of a successful businessman, and the budget of your band is not limited, we advise you not to waste time but to hire specialists who will do all the work and do so efficiently, be professional, and complete the job without much of an issue. However, further recommendations on where and how to shoot the music video should be considered, especially if your budget is limited.

Among the great variety of music videos shot for the songs of different musicians, there are several main types: a simple staged video, a role video, and a concert video. Let’s take a closer look at all of these types of music videos.

The usual staged video is slightly different from the live one. The whole point of filming a staged video is that the band is given maximum time and attention, and the viewer focuses on the music. Of course, this type of video allows the members of the band to act to a greater extent than it is possible in real life.

Shooting a role video is perhaps the most difficult task. Central to it is the script which is in one way or another interwoven with the text of the song performed by the band. The implementation of such an undertaking involves acting, and if you are not sure of your abilities, feel free to invite the actors since it is their actions that will be in the center of spectator attention.

The main aspect of a role video is the director who knows the script perfectly and directs the actions of the actors. In fact, they are shooting a small but a full-fledged movie. Undoubtedly, the role video is the most interesting and vivid category of music videos, but only if it is played, shot, and edited at a proper level. Besides, unlike the other types, it will not be possible to do without any significant investments since the actors, director, and cameramen, most likely will not agree to work for a sandwich and beer. Therefore, if your acting and material abilities leave much to be desired, do not take up heavy work but focus your attention on easier filming of the video.

The main catch when shooting a concert video is the need for serious technical support, and the editing process plays a significant role here. Invented by you, and worked out in advance, the show program should be interesting and original, the room or platform should have a decent look, and the audience should express genuine enthusiasm.

If to shoot a concert video, first of all, it is necessary to play the concert, making fans crazy. Then for shooting a “live” video, any venue that matches the mood of the song is suitable – from the roof of your home to harsh realities of industrial zones on the outskirts of the city. The main thing, in this case, is to choose the time of day and the right lighting. It is also necessary to sketch a shooting plan for your video in advance. A feature of this type of music video is the presence of a large number of close-ups. Therefore, to obtain a quality product within a few takes, the cameraman needs to know who and at what moment to focus on. For example, 1:10 – 1:57 – vocalist, 2: 15 – 3:41 – guitarist, and so on. Such details, of course, imply a considerable number of rehearsals, after which you can start shooting a video.

HOW TO SHOOT A MUSIC VIDEO

Let’s now talk about something more tangible – how should you shoot a music video?

How to make a music video? The song you are shooting the video for should be your favorite. If the track suits you, then work on the video will be fun and productive. If you feel that the song is not in your taste, and you just can’t bring yourself to love it, then it’s better not to start working on it in the first place.

Think over an idea, budget, and the concept of video

“Making my own music video can seem like quite a challenging thing,” you might say, but you have to get prepared. This is a very important part, and you should figure the idea out, imagine it, and discuss it with your band members, your director, or the people that will help you shoot your video. Then you will have to plan out your budget in order not to surprise yourself and other financially-engaged individuals.

How to shoot a music video? The script is the cornerstone of a music video. A detailed storyboard and a high-quality script with all the moments taken care of will make the shooting process a sweet thing – you save time, nerves, and do not miss any details.

Find a location, crew, and actors if needed

When you shoot in the open, do not forget that the weather is an insidious thing. Sudden rain can wash away your ingenious directorial idea, and cold weather affects not only your cheeks but also particularly sensitive devices. By the way, the cold does not affect the old-school cassette cameras in any way – this is an upside of shooting a video on VHS.

Remember that you can shoot in almost any public place: on the street, in a store, inside a shopping center or a bar. Neither the sign of the crossed-out camera nor an angry guard can stop your creative performance. If someone starts an argument, address the law.

Rent a camera and other equipment

How to shoot a music video by yourself? Use shooting time to the maximum. It’s better to shoot too much footage than to try to suck something out of a few video clips.

Panoramic cameras, cranes, quadcopters, and action cameras will help you complement a cool track with an equally cool picture. Fortunately, all these devices cannot be bought but rented. By the way, you can even shoot a video on a smartphone. The main thing is to get a stadycam so as not to make your video look shaky and unprofessional.

Control the process along with a director

It all depends on the form of your cooperation and whether you have a director in the first place. If you do, it’s better not to let them control the creative direction of the video too much. They should add some things, remove others, and, generally, adjust your idea to make it better, but nothing else than that.

Don’t give up on effects and different technical methods

How to make your own music video? Remember that in addition to shooting, there is also post-production, on which the quality of the video depends. Therefore, do not forget to monitor your footage and check whether it is OK or not.

SOME ADVICE FOR SHOOTING A MUSIC VIDEO